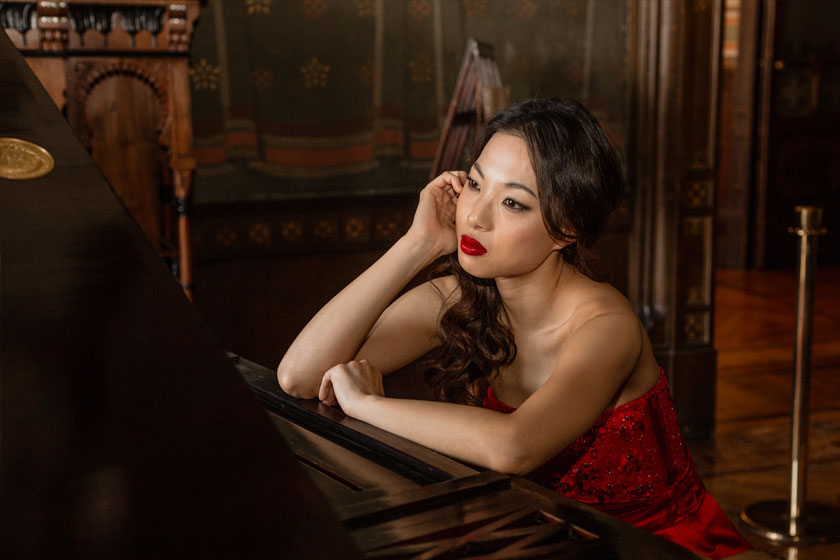 Acclaimed by international critics and the public for her latest album, entirely dedicated to the Ukrainian composer Nikolai Kaspustin, the South Korean pianist is a brilliant example of a new generation classical musician. Trained in Seoul, she attended the Yewon School, the prestigious musical institution for young talent, after having won many competitions since her first years studying the piano. Sun Hee You made her debut as a soloist at 13 years of age with Yangeum Orchestra in Seul, with Beethoven’s Concerto No.2 and Haydn’s Concerto in D major.

In addition to the traditional concerts, she is engaged with special projects and high-level collaborations. She created the musical screenplay, playing in a theatre project “Alexis” from the novel of the same name by the writer Marguerite Yourcenar; she explores a new musical genre with the electronic musician-sound artist Martux_M, creating a synergy between piano and electronic music.

In 2018, she was a Special Guest in the Alchemaya Tour of the singer-songwriter Max Gazzè, playing in important Italian arenas such as the Baths of Caracalla, the Sferisterio of Macerata, the Arena of Verona and the Teatro Antico of Taormina and bringing the music of Rachmaninov, one of her favorite composers, to a very large pop audience