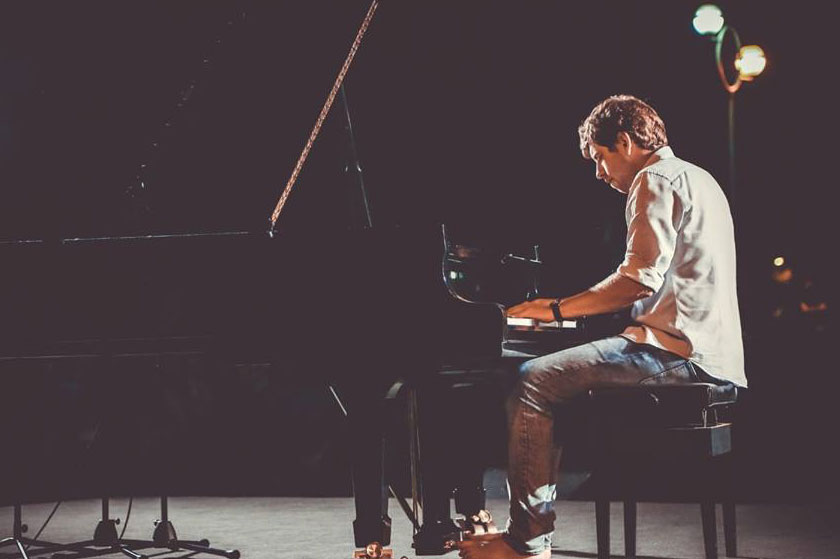 Francesco Taskayali (Rome, 4 July 1991) is a young Italian-Turkish composer and pianist. He began composing music for piano at the age of thirteen: his talent is expressed in 3 successful albums, Emre (2010), LeVent (2011) and Flying (2014), accompanied by long tours in Italy and around the world. In 2017 he published his fourth album “Wayfaring” for the label INRI Classic, born from the joint interests of the independent label INRI and the major Warner Music Italy. With a growing following both online and live, the pianist is set to release his fifth album “Homecoming” in the first half of 2019.

A Mediterranean soul and a cosmopolitan heart: this is the identity card of the young star of international pianism, who has already gathered consensus among the audience in the four corners of the globe, as evidenced by his tours and the remarkable growing fanbase on social networks.

His talent, able to get inspiration from the study of classical, modern and contemporary styles, ranging from the minimalism of Ludovico Einaudi to the jazz of Keith Jarrett, characterizes his music and gets the shape of a surprising eclecticism. Despite his young age, Francesco Taskayali has a remarkable musical and cultural heritage, that is the result of his origins and of a life spent around the world: he played in many important occasions, and among the places visited by the master there are London, Paris, Cologne, Caracas, Rome, Istanbul, Thessaloniki, Athens, Marseille, Addis Ababa, Nairobi, Bucharest, Jakarta, Berlin, Tbilisi, Kiev and Los Angeles, as well as many others. In addition to being appreciated live, his music has been used in the audiovisual world: the young composer has written the soundtrack of history documentaries, news and commercials broadcasted on national and international networks such as RAI and France 3.

His extraordinary ability to experiment with different techniques and styles of musical composition, together with a vivid and sensitive inspiration are two traits that make his artistic personality constantly growing.